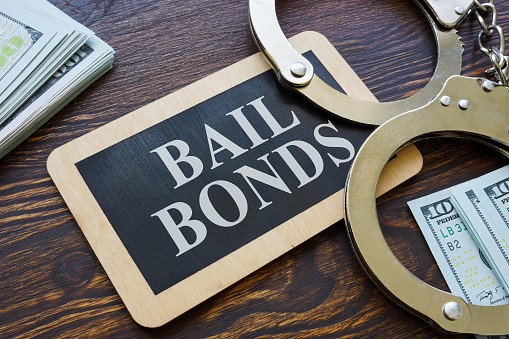 The process of posting bail in Oklahoma City should be taken seriously regardless of who is involved with the situation. Several things are attached, and missing out on these little details can hit you the wrong way.

Sometimes you might be the one needing bail, and other times, you might be helping someone get out of jail. Regardless of your motive, the bail bond process is where you need a professional’s intervention. This reason makes you search for private investigators to even out the complicated stuff providing the best results. Regarding bail bonds, let us check out 5 things you need to know when posting bail in Oklahoma.

It isn’t straightforward to go through posting bail in Oklahoma City, especially if you are doing it to help someone. The reason is that some actions done by the person in question will also affect you regardless of your motive. For instance, stepping in as a co-signer for a friend who ends up jumping bail is enough to affect you. Jumping bail is used when the arrested individual refuses to appear for their hearing. You, as the co-signer, will be held responsible, and the person in question gets a fine and 2-year jail term. Oklahoma has its rules, so considering a private investigation agency OKC is not a bad idea.

Things to Note When Posting Bail

Bail proceedings are taking but here are some essential details you should know:

There are four different ways you can implement to exit the jail, and these ways are:

The cash bond method is particular since it directly links the defendant or co-signer with the court. Co-signers/defendants are required to remit 100% of cash bonds to the court without bail bond organizations as an intermediary. Appearance for all required hearings in the court will guarantee that the cash bond is refunded, excluding minute charges. These charges are deducted to cover the fees for both the court and the state. However, missing one or more hearings might nullify the refund of the cash bonus paid by the co-signer or defendant.

It is different from a cash bond since it involves substituting properties for the 10% cash payment when making bail. The co-signer or defendant can cover the entire bail amount by releasing a property they currently own. It doesn’t have to be a landed asset and can be credit cards, stocks, or bonds rather than cash payment. The defendant also has the chance to sign over the mortgage to a property if the bail is quite large. However, the property must exist in the state, and signing off for multiple owners is required for validation.

Unlike the other ways to exit the jail, the PR doesn’t require payments in cash but via effort. It means that the defendant will not be making bail payments via cash but with an agreement. The agreement might include a consistent appearance for all court hearings. Sometimes special conditions might be included in the agreement. Some of the conditions observed in past cases are distancing from victims and witnesses involved or regular appearance at work. The success of this method all comes down to the effort of the defendant to satisfy these conditions.

The surety bond method involves hiring a bail bond organization getting an agent to help exit jail. The agent guarantees the total payment to the court if the defendant can afford 10% of the entire bail amount. The 10% bail amount is a premium paid to the bail bond organization and will not be refunded. The surety bond option is made if the defendant can’t afford the entire bail or wants to get an attorney.

The law in Oklahoma restricts bail bond organizations to premium 10% of the entire bail and nothing more than that. So, hiring a bail bond organization for a total bail of $50,000 will restrict them to a charge of $5,000. On the other hand, property bail only holds charges covering court and state fees without any other hidden charges. However, absence during court hearings attracts a fine, and the co-signer risks being sued by the bail bond company.

Getting Bail in Oklahoma City

On completing the required proceeding in jail, which includes photographing and fingerprinting, you can call relations or take cash bonds. Courts in Oklahoma have pre-organized schedules for bails, so you will likely know the amount you need to pay. If the crime is severe, the schedule won’t include it, and the bail hearing must be done.

The processing of bail by bond organizations takes less time, just a few hours from their involvement. However, big cities like Oklahoma always take longer to process bail and even more if it is a severe crime. Bail hearings are held on business days succeeding the arrest, so you’ll have to wait if it’s a weekend. Defendants can also plead for bail reduction if the charges don’t match the arrest or bail is too high. The plea or argument process takes about 1 – 2 days which adds to the total jail time to be spent.

It would help if you kept yourself informed regardless of you were the defendant or the co-signer. Since things can get complicated. It would be best to consider a private investigation agency OKC  like Keefe Private Investigations to handle the complicated details for the best results.