What Factors Have Contributed to the Rise of Female Private Investigators in the Field? 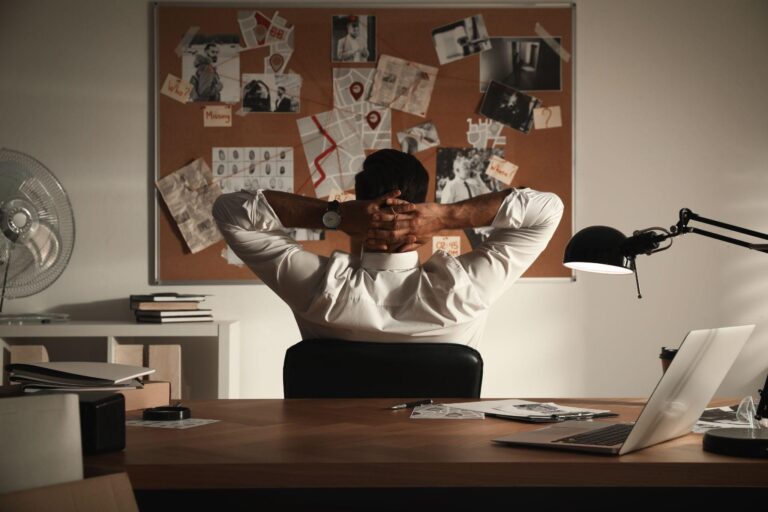 In doing so, we easily forget that women can and lately have been excelling as a private investigator. The growing number of female employees in every private investigation agency are testimony to their dominance. Women no longer take backstage in investigating roles due to several factors. Let’s take a look at those below.

1. A Female Private Investigator Tends to be More Discreet

Women have better powers of discretion. Perhaps we could hold the society responsible for the fact that women everywhere face lesser doubt than men. People are generally not too vary when they see females following them around. But people instantly become cautious and on guard when they notice a man on their tails.

The job of a private detective or private investigator entails following suspects around. For men, it often becomes too difficult, if not impossible, to remain discreet for long. Women on the other hand, raise lesser suspicion and can be more successful in staying cognitive for as long as needed. This quality itself is one of the greatest contributing factors to the rise of female private detectives in the field.

If you ask any private investigation agency in Oklahoma or elsewhere, they’d tell you that they solve cases of varying natures. This includes cases of extra marital affairs and more sensitive issues where discretion is of utmost importance. Such cases also have a major impact on the future of the relationships involved in the situation.

In such scenarios, a female private investigator tends to be more approachable and understanding. For the women clients especially, the preference is to work with a female detective to resolve the sensitive condition.

This preference is not only due to the discretion factor but also because female investigators serve well as counselors. They put their clients at ease by making them feel less insecure and encouraging them to open up completely.

Investigation cases can often entail personal and even unpleasant information and revelations. Clients may feel hesitant to share those if they’re not comfortable with the officers they have to work with. Female clients are usually more uncomfortable around the alpha male mentality within the private detective industry.

But a female private investigator put them at ease too, to the extent that most clients feel comfortable enough to divulge all the information. There is also the general feeling of empathy, good will and understanding surrounding female detectives.

Female private investigators in Oklahoma are adept at blending into all sorts of crowd more easily, which works to their advantage in this field. Sometimes, they have to camouflage or go incognito, pretending to be someone they’re not just to follow leads in their cases.

For men, this becomes trifle challenging due to the fact that men are not always welcomed everywhere. For instance, following suspects to female washrooms, styling rooms, salons, all-women’s spas and such facilities.

Female officers do not encounter such obstacles and gain more access to most spaces where men wouldn’t. Hence, it is in favor of the private investigation agency to give more employment opportunities to female investigators for better success rates.

In private investigation work, gender advantage is always a bonus for similar reasons as above. You see, investigation involves a lot of interrogation but discreetly. Since we’re a smart global nation now, we are hardly ever willing to divulge any personal information of people we know to strangers.

Investigators require tact and skills to earn the trust of strangers to obtain pieces of information they need for making breakthroughs in their cases. Women tend to have an advantage over their male counterparts in this regard.

Women are better able to develop trust of strangers and get them talking. They have a better reach and thus successfully manage to extract vital and often confidential information. Due to their natural skills as well as the gender advantage bestowed on them by the society, they raise lesser suspicion even when probing around.

Neighbors wouldn’t be so quick to reprimand, question or chase off a female sitting in her car parked on their street for hours on end. But a man wouldn’t have as much success and his surveillance efforts would often fail when curious neighbors demand to know why he’s been loitering around the neighborhood.

You see, women have a gender advantage where they can get away with many things, such as surveillance from their vehicles in unknown neighborhoods.

Call it a common perception but surely everybody reading this will automatically admit to feeling less threatened by women. The calm, polite and soft disposition of females does not make others feel ill at ease or in danger while in their company.

This is largely advantageous for every private investigation agency in OKC since their business thrives when detectives work smoothly without raising hackles. This job typically demands a lot of sneaking, snooping and lurking around, along with questioning scores of leads in a case.

It takes tact but it is also important to not raise suspicion if detectives hope to reach a successful conclusion in the case. Women are better able to do this because they possess a natural aura that does not make others feel threatened by their presence or conversation.