Do Some Employers Still Make Applicants Take a Polygraph Test? 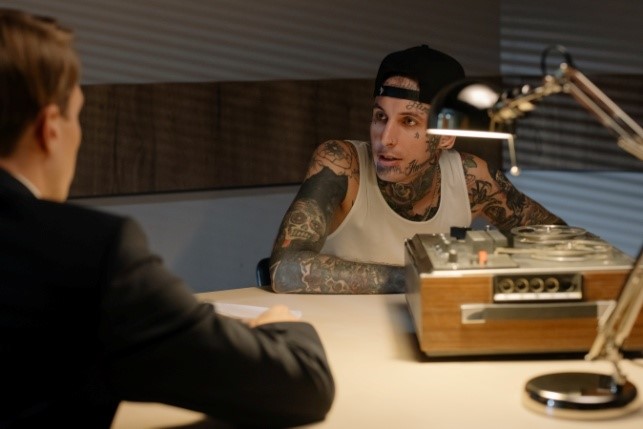 Polygraph tests in OKC continue to be a popular way that employers screen potential candidates. It was especially popular during the 80s and 90s, which has led to it garnering something of a bad reputation. However, even though polygraph tests in Oklahoma City were especially common a few decades ago, they have been all but forgotten in the corporate world.

Since polygraph tests have been the only way to tell if an individual is lying reliably, businesses often use this to their advantage. They would outsource to a polygraph examiner in Oklahoma City, who would perform the test on the employee. They would usually perform these tests on applicants, asking questions about their past employment and any prior felonies.

Companies would especially use polygraph tests in Oklahoma City to prevent potential criminals from applying. And while it can be seen as a way to protect the company, some people who have served jail time will usually do so over misdemeanors or were not even convicted.

The End to Polygraph Testing Among Employees

Since companies were discriminating against a large population of people who either refused to comply with a polygraph test or failed one and after years of witnessing this discrimination, the Federal Government soon passed the EPPA bill of 1988. This bill would ban most private organizations from using a polygraph test on their employees.

So now, under this act, employees could apply to businesses without worrying about giving a polygraph test first. People who have a mental illness or even some physical illnesses will always fail a polygraph test. Therefore, they were especially relieved to hear that they no longer had to comply with a polygraph test.

Granted, the law did make a few exceptions to the rule, specifically that a company that deals in national defense can use polygraph tests while screening their employees. Since a single employee could pose a major threat to the country’s national security, it was always worth screening them first.

Furthermore, these polygraph examinations and their ban only applied to private companies, which meant that government organizations still used them. This also extends to the federal and local government o a specific state, as they will usually deal with sensitive information.

Most companies who deal with classified intelligence or national defense will always make their employees go through necessary polygraph examinations in Oklahoma. However, if a private company needs to investigate possible fraud or crimes employees have committed.

In both circumstances, the company will have the power to conduct the necessary test, which will allow them to find out if the person was responsible for the crime. Especially if the crime occurs on company property, they will be able to use a polygraph examination.

During this very specific case, the private company will not be going against the EPPA 1988. As long as the questions relate to the ongoing investigation, the employees will have to answer them. Otherwise, the company could be going against the act if they discriminate against individuals who do not agree with a polygraph exam.

Given that companies are getting better at protecting themselves from external threats, some can infiltrate a company and try to steal its information from the inside. A coordinated attack on a company’s intellectual property is usually enough grounds to use a dedicated polygraph examiner in Oklahoma City.

By using a polygraph test in Oklahoma City, the company will be able to narrow down the person who was responsible for the attack. Furthermore, in this particular situation, they will also not be going against the act above.

The EPPA did not prohibit employers from performing a polygraph examination in Oklahoma and other states on their employees. It also empowered employees by protecting them from possible termination if they refused to comply with a private polygraph test in Oklahoma.

To get around the company’s issue of not asking these questions, some will make employees get private polygraph examinations in OKC. And if the employee rightfully refuses to conduct one, the company would often terminate their application. This completely goes against the EPPA act, and the company could face grave consequences due to this decision.

Furthermore, employees can refuse to give results from any of their prior polygraph examinations in Oklahoma City. This is especially important, seeing how the individual might have taken a test before with information the employer could use to discriminate against them.

And since the company cannot reject an applicant if they refuse to take a test, they will have to consider the applicant without it.

At Oklahoma Statewide Private Investigations, we offer individuals with examiners who have years of experience in the field. They will not tamper with the results and set the mood for a specific polygraph examination. And with Dr. Tinsley Keefe and Dr. Makayla Saramosing offering their services, you will be in good hands.