Polygraph examinations in Oklahoma can feel very intimidating, especially due to the perception created by most films and TV shows. The dark room with a single menacing man or woman sitting in front of someone asking questions is an image that most people associate with polygraph examinations. 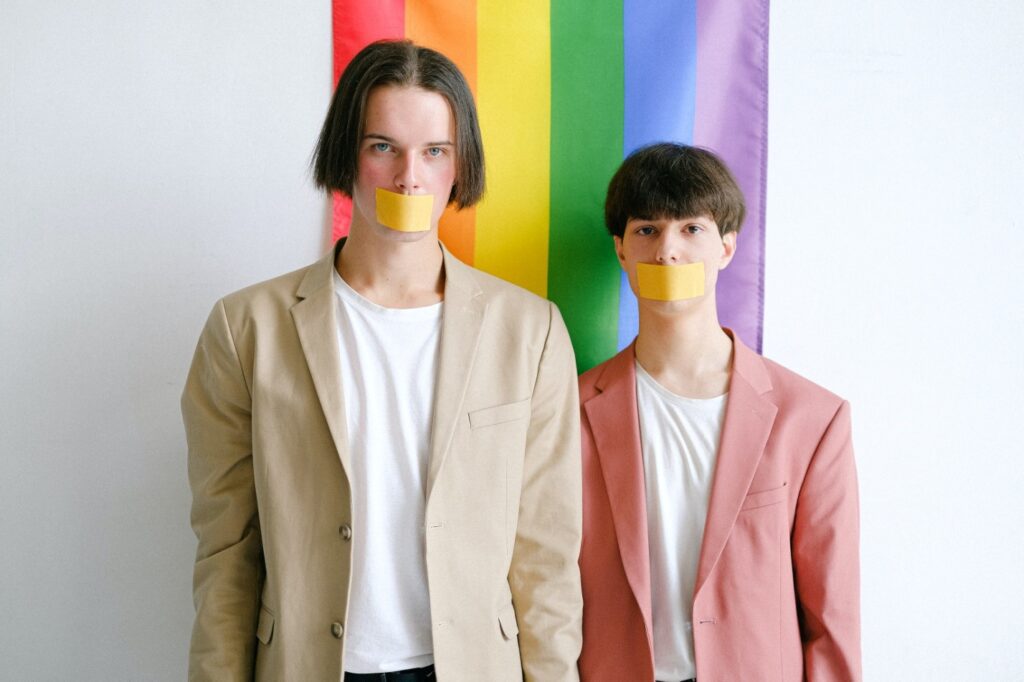 Even though polygraph examinations have completely evolved, they have had a complicated history, specifically regarding the LGBTQIA+ community. Over the years, the community has dealt with various forms of intimidation and discrimination, especially from law enforcement. And with that history in mind, LGBTQIA+ people could feel a little uncomfortable during a polygraph test.

A Difficult History of Intolerance

While the US continues to be a champion of the rights of minorities like the LGBTQIA+ community, it was not always so friendly. Being part of the community was not seen as a good thing for a very long time. Not only did they reinforce how “wrong” it was to be part of the community by shaming people who were, but they also had laws strictly prohibiting it.

The “sodomy laws” are a dark chapter in US history, where the LGBTQIA+ community faced the most persecution. Despite the laws never explicitly mentioning who they were targeting, since they banned the act of sodomy itself, the law was aimed at homosexuals. And just the allegation of someone being a homosexual could leave them in a jail cell or out of a career.

Of course, these laws were nothing more of a scare tactic to use against LGBTQIA+ individuals to ensure that they “change.” And while it meant that the community would have to hide who they truly are, it also meant that people who were not part of the community could be wrongly accused.

And during these dark times, the police would sometimes force a confession out of people to sabotage careers or take out personal grudges. One of the ways that they would do this is through polygraph tests, where they would heavily tamper with the testing environment to take out a favorable result.

While polygraph tests can be very accurate to tell if an individual is lying, they can be vulnerable to tampering. Since these machines record various vitals of an individual as they are responding to a question, the environment of the room must be very neutral to ensure the most accurate results. This responsibility also comes down to the polygraph examiner in Oklahoma City, who will need to ensure that the subject is not too comfortable or too scared.

Because the test environment is making them nervous and not the questions themselves, these results would not be accurate. And this is what a lot of the examiners back then relied on to get their desired results. They would usually threaten the individual to the point where their polygraph examinations would no longer be reliable. And since these results could count as evidence in a court of law, it meant that people could be sentenced to prison on such flimsy evidence.

Moving Past The Past

While it is problematic to think about, the country has tried to move past this very dark chapter in its history. The US, while not removing the Sodomy laws until much later, would make consensual sodomy legal. Therefore, these cases of fake arrests and convictions did not have to exist any longer.

There are other factors that could make LGBTQIA+ members reluctant to get a polygraph examination in OKC. For example, individuals going through gender reassignment therapy may be more reluctant to take a polygraph test, as the hormone imbalance could tamper with the results.

Research on hormone replacement therapy and its effect on a polygraph test is still necessary to say for certain that it makes a difference. However, even without the extensive research, it does introduce a possibility for the results to be inaccurate, which is usually enough for an experienced polygraph examiner in Oklahoma City not to suggest it. These types of inaccuracies could later define careers or change the way someone might think of another individual.

Other Exceptions to the Rule

There are other exceptions to polygraph examinations in Oklahoma, as these cases can introduce uncertainty within the test. These exceptions can include people with degenerative brain diseases, people with heart-related medical issues, and people who have mental illnesses. In all of these situations, the individual’s condition could cause them to give a wrong answer or for their heart rate to increase. Therefore, expert polygraph examiners in Oklahoma will consider these factors when conducting a test.

Finding the Polygraph Examiner Right for the Job

Polygraph examinations in Oklahoma City continue to have a very complicated history. But if you want a professional polygraph examiner to conduct a test, then our examiners are up for the task. They have the skills and the experience necessary to ensure the subject gives the right answer.